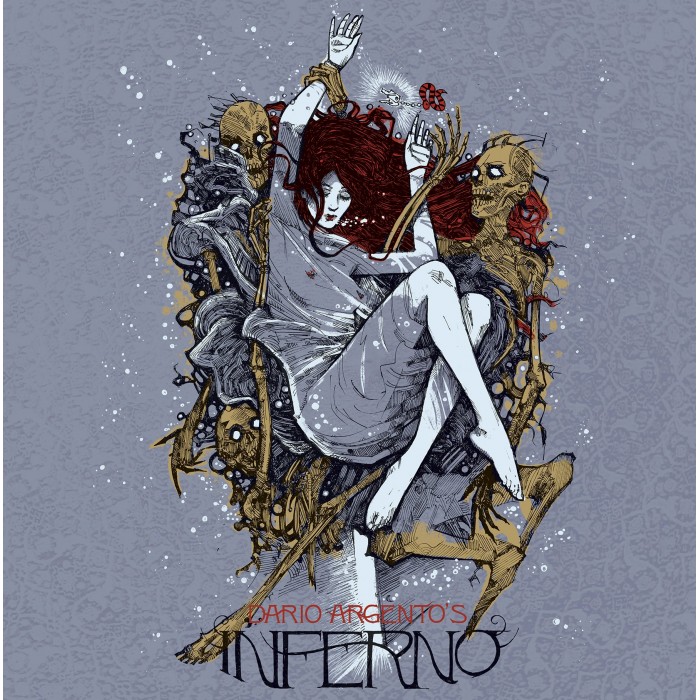 Waxwork Records is thrilled to present the expanded and completed release of INFERNO Original Motion Picture Soundtrack. Written and directed by horror visionary Dario Argento and featuring a haunting soundtrack composed by the late Keith Emerson, INFERNO is a 1980 Italian supernatural horror film that serves as a thematic sequel to SUSPIRIA.

INFERNO serves as the second installment of Argento’s “The Three Mothers” trilogy, beginning with Suspiria and concluding with The Mother Of Tears, and tells the story of a poet living in New York City that discovers an ancient book. The book, written by an alchemist, tells of three sister witches that run the world with sorrow, tears, and darkness. Inferno focuses on Mater Tenebrarum, the Mother of Darkness, whom is the youngest and most cruel of the sisters, and lives in New York. The film is highly stylized with Argento’s signature use of extreme colors and lighting. Bright blues, magentas, pinks, and greens are used liberally throughout the movie.

The soundtrack by accomplished progressive rock and electronic musician Keith Emerson differs from the previous Argento films in that it did not feature the band GOBLIN. Emerson’s soundtrack to Inferno is a mix of both electronic work, orchestral compositions, percussion, piano, and a full choir by way of the Chorus of Rome. Waxwork’s newly mastered and expanded Inferno soundtrack marks the film music’s most comprehensive and definitive version ever available on vinyl featuring the complete 1980 soundtrack in addition to outtakes and alternate tracks.

2. Rose’s Descent Into The Cellar

5. Sarah In The Library Vaults 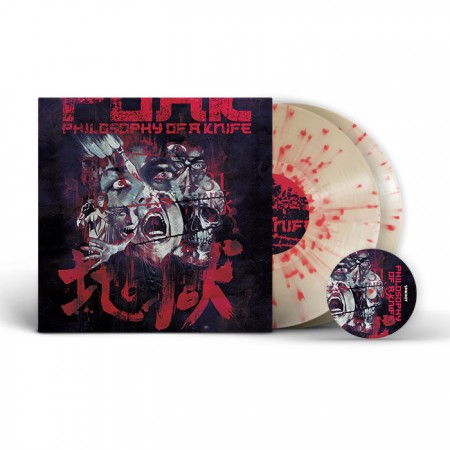 Choice Cuts from "PHILOSOPHY OF A KNIFE" OST - 2LP + CD

- First time ever on vinyl with unreleased tracks, pressed on 2xLP plus a bonus CD

“Expect this to be a hit in the future among those who love to be shocked.”
(Scream Horror Magazine) 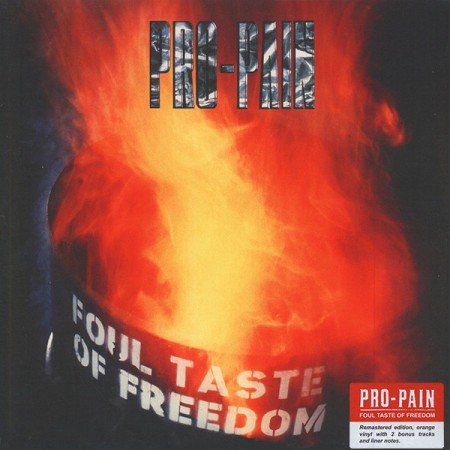 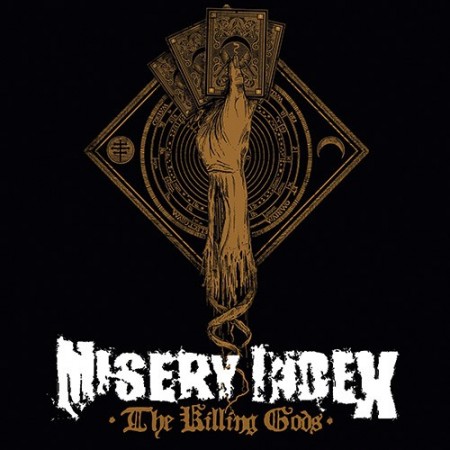 MISERY INDEX return with a fury worthy of the title of their new album, "The Killing Gods". With their fifth full-length, the American icons of hard hitting brutality display the strength of maturity grown out of the experience gained as a relentless touring machine. The general trend of their continuous evolution to incorporate less core elements and move towards classic death metal finds a new high water mark with “The Killing Gods”. Now brace, hold tight and duck for cover, for the wrath of the gods is upon us! 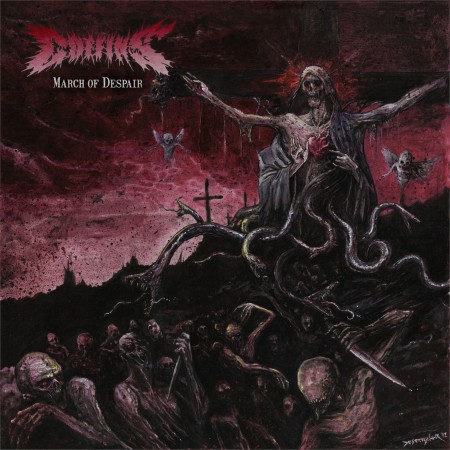 This is an all new EP of the Japanese Death Metal band Coffins, running for 28 minutes and featuring great cover of the Death/Massacre classic “Corpsegrinder”, mandatory if you call yourself a Death Metal fan!

On this CD-EP Tokyo-Japan’s Coffins are firmly established as the underground’s leading purveyors of Neanderthal paced Doomed Death Metal. Previous albums “The Other Side Of Blasphemy” and “Mortuary In Darkness” and the classic “Buried Death” introduced Coffins’ black tar dirge to an audience eager for slowpressive maniac riffs and songs dragged forth like the arms of a lumbering ape with the impact of a huge bulldozer... no escape! 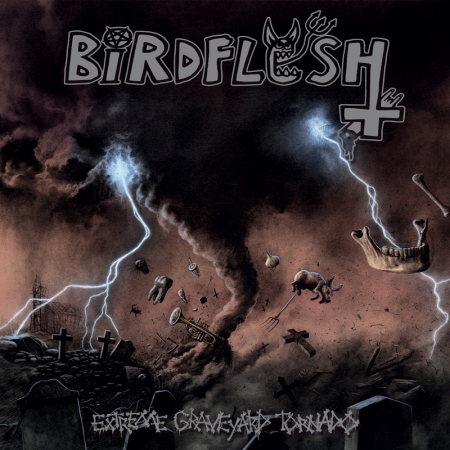 Sweden masters of thrashing GRINDCORE are finally back with the first album in over a decade! And it's crazier than ever!
For fans of Macabre, Impetigo, Ghoul, Repulsion. 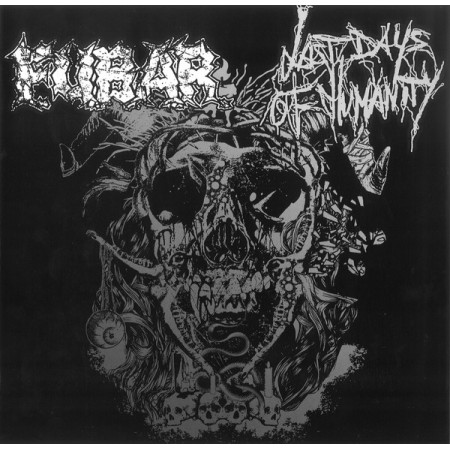 Last Days Of Humanity back with unreleased tracks recorded in 2006 and mastered with vocals in 2014, the job was done especially for this split so this is the first release after their highly aclaimed last full length ''Putrefaction In Progress'', recorded with the same line-up! 6 tracks of pure Gore Grind devastation with hyper fast blast pounding guitars and sick vocals!

Very active in the undergound, Dutch Grind Core band Fubar are giving us again something special in their very own style! Their part is five tracks recorded last year for this split!

All together comes in rare nine inch vinyl edition, Limited to 500 copies! 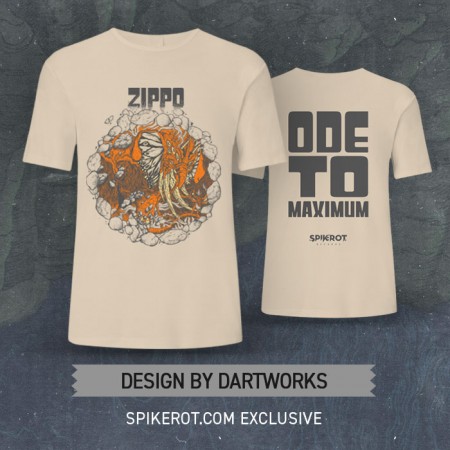 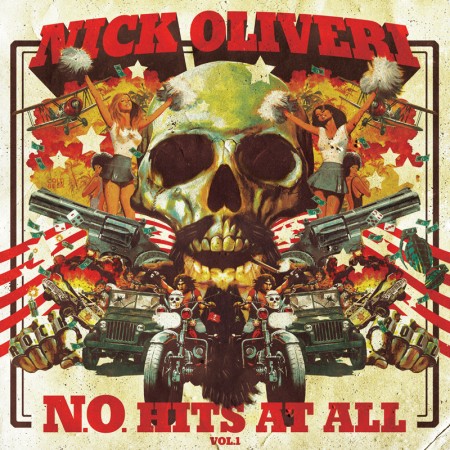 Nick Steven Oliveri (born October 21, 1971) is an American musician from Palm Desert, California. He plays bass guitar, acoustic guitar, electric guitar, and is a vocalist. He is most widely known as a bassist with Kyuss, Queens of the Stone Age, and more... 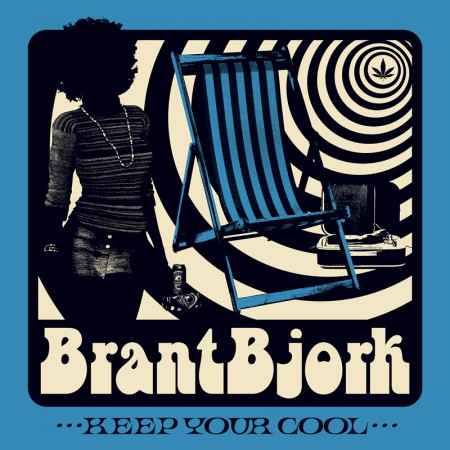 'Keep Your Cool' is the third solo album by the Kyuss- and Fu Manchu-legend, originally released back in 2003 with Duna Records. Full of the soul and funky laid-back grooves BRANT BJORK is known and loved for, tongue-in-cheek lyrics and sweet guitar licks oozing from the great 70's era vibes, 'Keep YourCool' is still considered as one of BRANT BJORK's accessible and catchiest records to date. Tracks such as 'Hey, Monkey Boy', 'Johnny Called' or 'Gonna Make The Scene' became classics in the stoner rock scene, taken from an album that belongs to every well-sorted BRANT BJORK record collection. 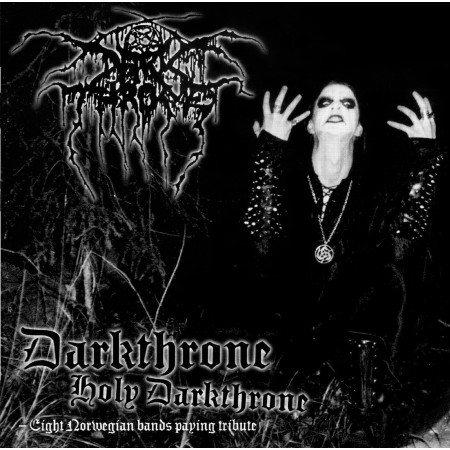 On the aptly named 'Darkthrone Holy Darkthrone', eight Norwegian Black Metal legends pay tribute to the inspirational band that helped define the genre and pave the way for decades of destruction to come.
Originally released in 1998, the album was in honour of Darkthrone's first 10 years of existence.

The album mainly focuses on Darkthrone’s earliest works, from the blasting opener from the ‘A Blaze in the Northern Sky’ album - courtesy of Satyricon - via the experimental rendition of ‘The Pagan Winter’ from Thorns.
Closing with Immortal’s ‘To Walk the Infernal Fields’, this is a faithful and passionate tribute to an essential band given an individual touch from each act involved. 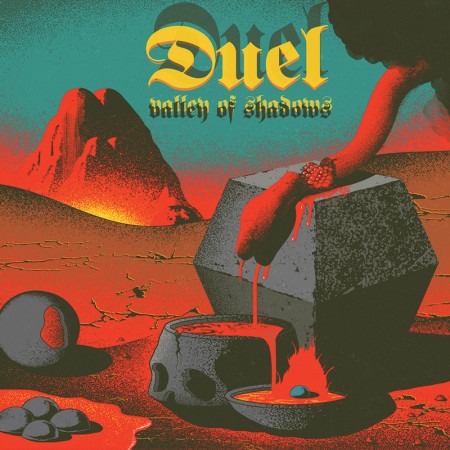 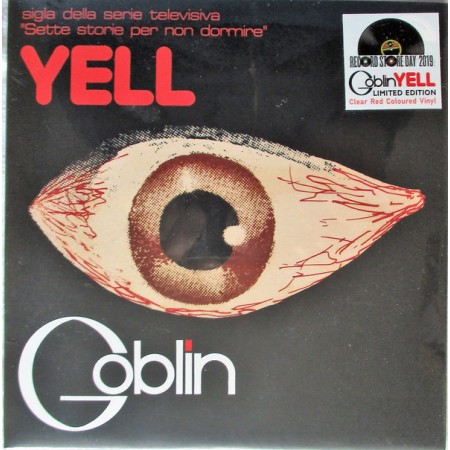 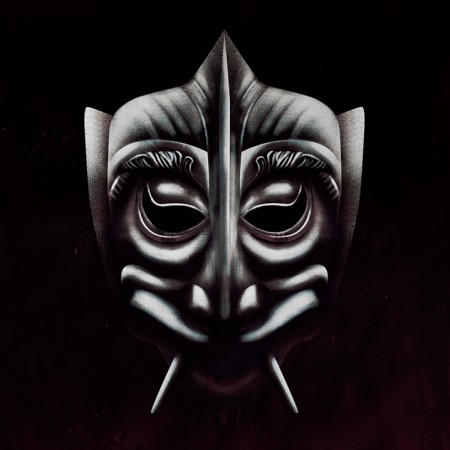 The score to one of the most influential Horror Movies ever made, from Maestro Roberto Nicolosi, is available in its entirety on vinyl for the first time ever.
Remastered from the original master tapes at Toxic Basement Studio, cut at 45rpm and pressed on 180g audiophile vinyl, the album includes 20 unreleased tracks, liner notes from Lamberto Bava and is housed in a deluxe Gatefold sleeve with a die-cut slip-case featuring a stunning artwork by SoloMacello. 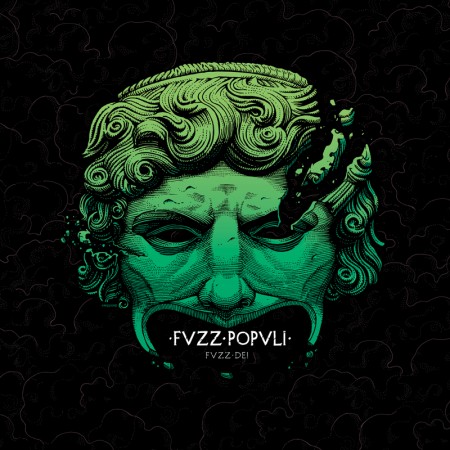 "Fvzz Dei" which in latin means "The Fuzz Of The Gods", it's the debut album of the roman Fuzz Rock trio named "Fvzz Popvli". Datio on bass, Doncalisto on drums and Pootchie already guitar player from "The Wisdoom" and "Beesus" are ready for introduce you tribute to the Fuzzy sounds from the "Proto-Punk" till the modern "Heavy Psych". "Fvzz Dei" will bring you into a rough and bluesy fuzzed-out universe. 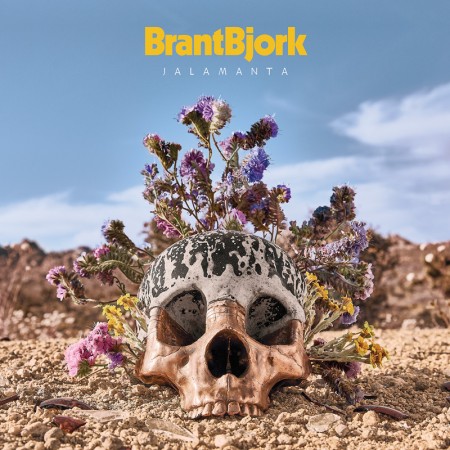 "Jalamanta was a life changing record for me. Its the record that launched my journey as Brant Bjork. Listening to the tapes 20 years later was amazing. Tony Mason and myself were transported back to that moment in time. Jalamanta was a first for both Tony and myself. My first record as a solo artist and his first record as an engineer. We didnt think twice about re-mixing it. With our combined experience over the years, we knew we could take Jalamanta to the place we always wanted it to go..and we did. Dig it." 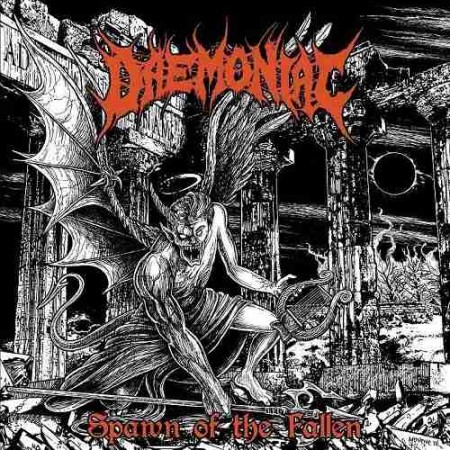 Daemoniac - Spawn of the Fallen

1st album from '17 by this italian band that plays the purest swedish Death Metal from early 90's in the vein of NIHILIST, CREMATORY, early NECROPHOBIC, CARNAGE... Includes cover of MACRODEX. Recorded & mixed at Sunlight Studios!! 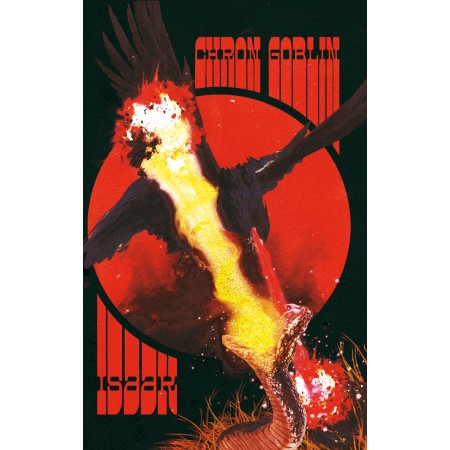 We’re proud to be releasing our first tape ever under the banner of international Stoner Rock with two previously unreleased tracks from Canadian boogie facepunchers Chron Goblin and Italian riffalicious gang Isaak.
Those who know each band’s signature sound will not be disappointed, both tracks are sheer energy, pairing melody with groove and distortion for a fresh interpretation of heavy music. Artwork by SoloMacello