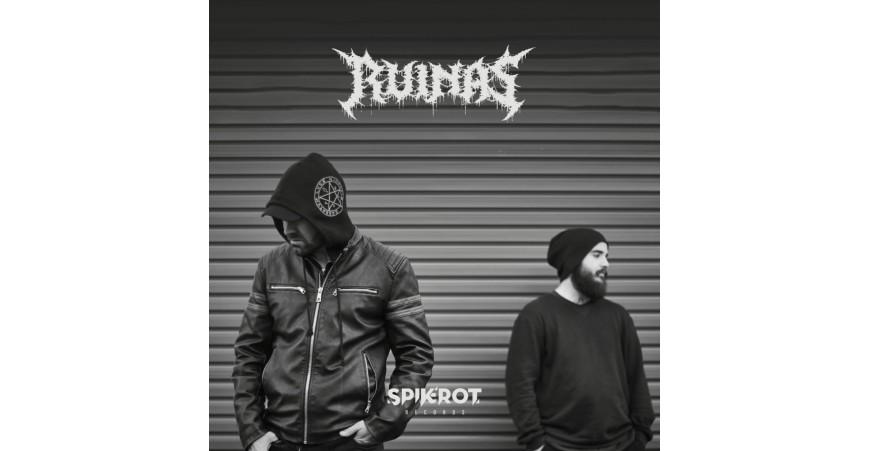 Of worms, spiders, rats and skulls...

We are about to summon another lurking beast named RUINAS to release their absolute debut ‘Ikonoklasta’ in March 2020.

Ruinas arise at the end of 2018 by the hand and soul of Rober, member of the deceased death/grind legends MACHETAZO, and Angel. Both hailing from Ferrol, Galicia (Spain), their sole purpose is to deliver fast and grinding death metal, sometimes dismal, sometimes punkish, sometimes sludgy, sometimes fuck you off! Influenced by the likes of Rotten Sound, Incantation, Wolfpack and John Carpenter.

“Life is misery, negativity, fatuity, corruption and abandonment” claims Rober. “We are nothing but a consequence. ‘Ikonoklasta’ is nothing but a first message. And Spikerot, the messenger of our misfortune. Having signed with Spikerot Records is a luxury, and working with Antonello, Alessio and Davide, a true honour. Hope it will be for long time".

Artwork, tracklist and pre-orders details coming soon. In the meantime take a sip from the filthy chalice of Ruinas with the titletrack of the upcoming first work.