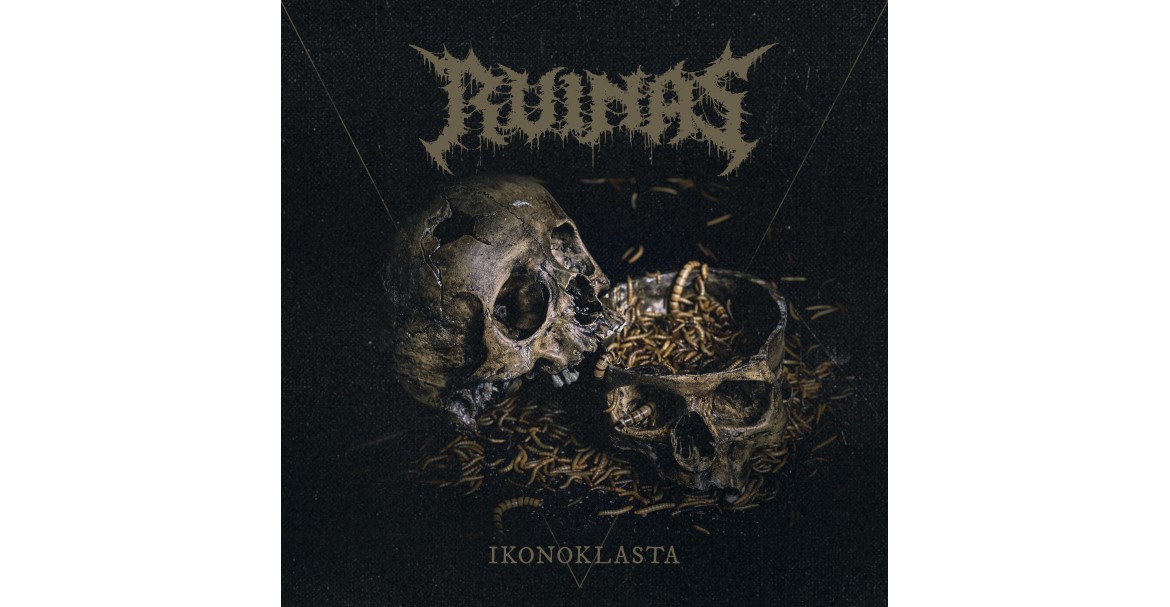 Spikerot Records loves debuts and this one is nothing short of stunning!

Grinding Death Metal, sometimes dismal, sometimes punkish, sometimes sludgy, sometimes fuck you off! ‘Ikonoklasta’ is an unforseen storm within Extreme Metal, created by the hand and soul of Rober, member of the deceased Death/Grind legends Machetazo, and Angel, both hailing from the remote Spanish region of Galicia.

Fascinated by worms, spiders, rats and skulls this first musical offering by RUINAS is a filthy hymn to misery influenced by the likes of Rotten Sound, Incantation, Wolfpack and John Carpenter.

“The human being has long since reached its evolutionary climax as a species” says Rober, “Everything is already a visceral plummeting since then, while we continue autosuggesting ourselves with the naive idea that the world belongs to us. Ineffable, indisputable and inevitable, the degradation of our species is served on a silver platter. That's the root of concepts around which the album ‘Ikonoklasta’ revolves.
The healing. The remedy. The cure.”

Release date is set for March 20th via Spikerot Records.