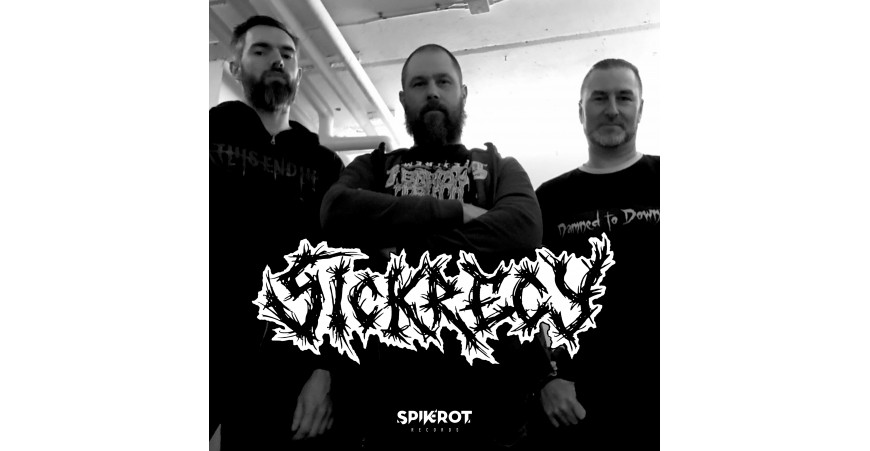 We’re stoked to announce an addition to our growing roster!

Sickrecy is a Swedish Grindcore unit consisting of members of Birdflesh, General Surgery, World In Ruins and Damned To Downfall.

Extreme, fast and chaotic, Sickrecy masterfully conveys the old school spirit of the genre into their sound, injected with shots of Crust Punk, D-beat and Death Metal, so you know what to expect in terms of sheer anger, brute force, blasting speed and pounding frenzy.

The shovel had already been pushed into the ground in early 2020, but 2021 will be the year of further digging, with the release of the band’s debut EP ‘First World Anxiety’, a way to exorcise the anger and frustration for a society in decline. It will be out via Spikerot Records on June 4th as a digital-only release and available on all major digital platforms and on Bandcamp for Name Your Price, juicy anticipation of the upcoming full-length album, which will be released once again by Spikerot.
FOR FANS OF NAPALM DEATH, TERRORIZER, REPULSION.
FIRST SINGLE OUT ON MAY 6.

Listen to the teaser here: https://youtu.be/sRhfUUF2lyw
Pre-Save on Spotify: https://smarturl.it/firstworldanxiety